A few months ago I purchased some Seydel harmonicas. I bought 3 half valved harps from  PT Gazell  and after spending some time playing them I can honestly say I really like them.

As someone who has a love/hate relationship with overblows these harps make playing jazz lines a little easier. Notice I said easier, which is to mean not a silver bullet.

I have played most of the harmonicas currently on the market and like some better than others and I think I like the Seydels the best. I would love to go and buy a whole set of Seydels but I still have a large box with about 30 brand new old stock Hohner Special 20’s , Crossovers and Marine Bands I bought about 4 years ago and also have loads of  new Lee Oskar reed plates. I do plan on picking up a few more half valved harps from PT because I like them so much.

The valves on the Gazell Method harps are much thicker material than used by Hohner and Suzuki. PT states on his website that he has tried most every material and this works best. I agree that it works very well. I haven’t heard any of that annoying Hohner wind saver buzzing at all with these harps.

The fit and finish on these harmonicas is top notch. Seydel seems to pay attention to the details

So how do they sound you ask?

These Seydel Gazelle Method harmonicas sound fantastic. I don’t know how to describe it except to say that these are smooth and full sounding harps. I haven’t been able to get the silky smooth sound PT gets but with lots of practice maybe someday.

It’s a funny thing, I’ve been working on overblows for so long that it’s a habit now to go for the OB5 and OB6. It’s a matter of practice time spent retraining as theses Seydel’s don’t overblow because of the windsaver valves mounted on the lower 6 holes. I think I like the sound better with the valves over the overblow but the OB6 can sure sound convincing. Time will tell after I get some more playing time with them.

While I don’t think I’m getting rid of my Hohner’s right away, I do plan on picking up more of the Gazell Method half valved harps to cover more keys.

Do you play Seydels? Half valved harps? Let me know what you think. Let’s get the conversation going!

How about playing a song for us!

How many times have you heard that!

There are two things you can do at this moment, shuffle your feet and mumble some excuse about not knowing what to play OR  take charge of the moment and play a song that will put a smile on everyone’s face and enjoy the rest of the day (or night).

I’m willing to bet that most would do the first thing. I know I have, and I hated the feeling.

Be honest now! If you play a musical instrument then you have been asked to play a song at some point for someone or a group of people in a casual situation. Everyone knows you play music and they just want to hear a song, how hard can it be?

Pretty difficult until you get over yourself and simply play some music.

You see, I found out a while ago that no one cares if you know a million scales, chords or blues licks. In fact, no one really cares that you can play a Little Walter solo note for note or can jam for an hour with your vintage JT-30 mic and tweed Bassman amp.

People want to hear a song.

Let me tell you a true story. A few years ago I was camping out with a large group of people and there were a few who played guitars but didn’t bring them. I had mine and so there we were hanging out and someone said to me “how about playing a song”. Now I’ve been playing musical instruments for a very long time, and I can play pretty well and know chords and scales and loads of licks and can improvise well. So then why was I like a deer in headlights? Because all that stuff, the chords, scales, licks and whatnot are not music but simply the components that make up songs and songs are music.

I did the foot shuffle thing and played some blues licks and other boring stuff and was glad when everyone found it boring and went on to other things.

That wasn’t going to happen to me again.

I started learning complete songs. (sounds obvious but most people only learn the hook or maybe the first few bars).

The takeaway of my little story is that to be a musician whether you play blues, country, jazz, pop or any other style is  to know tunes and songs that people will recognize. Does this mean we can only play some top 40 song? Not at all but it helps to play something somewhat well known before launching into an obscure tune that just sounds like a bunch of blues licks.

Foe me in addition to blues, I especially like bluegrass and old time music. So I might play a song such as “Sittin’ On Top Of The World” and then maybe a simple fiddle tune such as “Soldier’s Joy”.

Tell me your foot shuffling story in the comments section below and if you decided to do something about it!

Christmas songs are a fun and easy way to add songs to your library and you Will need to know a few once people find out you play a musical instrument. Go here for my Christmas For Harmonica songbook

I was playing my Hohner Marine Band Crossover today working out a cool Sonny Terry riff. If you haven’t heard of Sonny Terry, check him out. There is a lot of material on youtube and other sites.

As I was practicing, I started thinking about what a great little musical instrument the harmonica is. Then I started to make a list of why it is so great and here’s what I came up with. 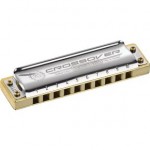 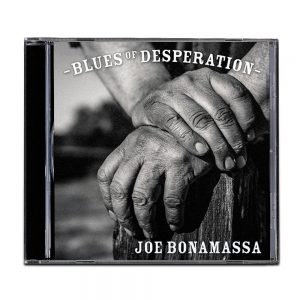